I recently stumbled upon Melodics again, an desktop and iOS app that let you practise finger drumming. I've never been a fan of Guitar Hero and the likes, because I'm classically trained, and that stuff isn't really for musicians, so initially I was pretty skeptical. But Melodics is a fun teaching tool, not a game. I've been following the free lessons since the weekend, enjoying them and making improvements. I've been doing about 15 minutes per day, so not that much, and yet it shows.

The app is easy to install and very easy to use. If you have one of the dozens of controllers that are supported, it takes just a couple of clicks and making sure your controller is connected and on. Of course, both versions of Push can be used as well as lots of the MIDI controllers supported by Live.

Once you're all set up, you can begin with the lessons. Lots of them are provided by big name artists - although only men thus far - DJ Jazzy Jeff, John Tejada, Divinci or Jeremy Ellis. You get a preview, that shows which pads will be used as well as the rhythm drummed out. You can switch to the finger position to see which finger is supposed to play which pad. One complaint I have, is that everything's set up for right handed people only. Considering how many musicians, producers and DJs are left handed (I'm one of them), to not offer any different positioning or settings for handedness seems like an oversight, albeit a common one.

Choose if the metronome should be on or on only for the count-in and then press the spacebar or play, and play along to the notes appearing on the screen. You need at least one of three stars to pass a lesson. I tend to go again until I can play a pattern perfectly. The first and second grade lessons are fairly simple and should be easy to master for complete beginners as well. And if something trips you up a bit, you can always jump into practise mode and slow down the playback, until you're hitting the right notes. 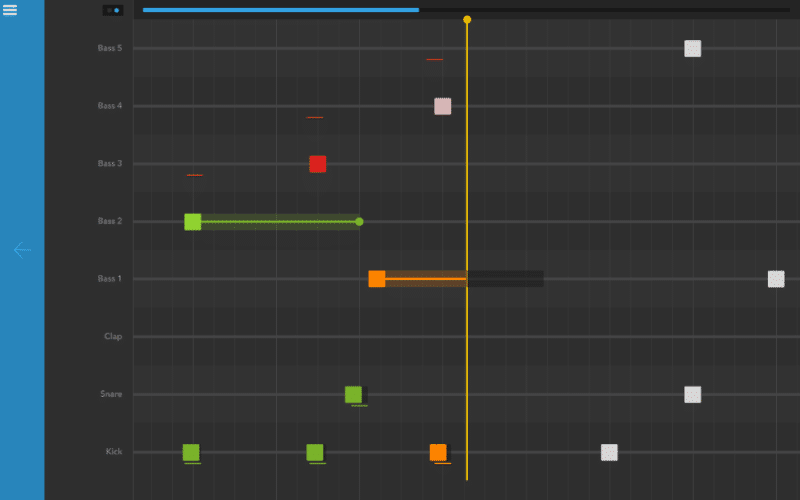 20 lessons are free which take you up to grade 5. There are also two short courses for free.  It's certainly a good start. If you want more, there are monthly, yearly and lifetime subscriptions available.