LK, an iOS and Android controller app for Ableton Live, already came out in early March. Formerly known as LIVKONTROL by Imaginando, LK has gotten a complete overhaul. With version 1.0.4 out now, it has gotten another bunch of improvements and a brand new feature: USB wired connection for both iOS and Android devices. A fail safe for when there are wi-fi interferences, a lot of live performers will appreciate.

LK is available for free from the iTunes App Store and Google Play with offered in-app purchases to get full functionality of its four modules. The Matrix costs €9.99, the other three modules €4.99 each. 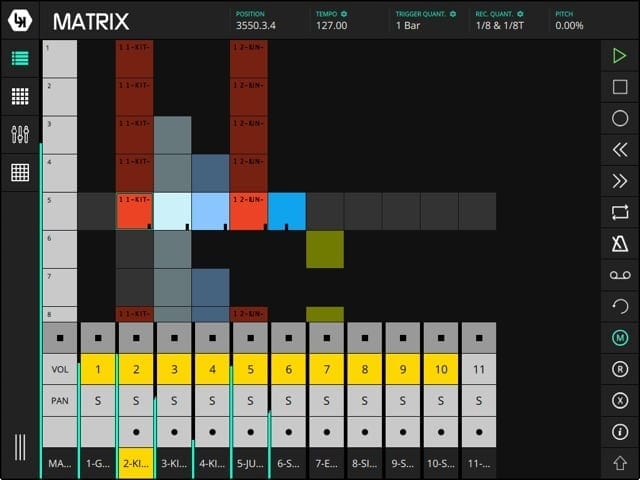 While the Matrix module essentially mirrors the Session View of Ableton Live, the other modules can be used with Live or any MIDI hardware or software as well and come with two working modes (MIDI and Live) each. The connection to Live is easily established via LKBRIDGE, a little free app for Mac and Windows.

You can quickly configure the MIDI output and channel in MIDI mode. Great if you want to use the modules to control hardware synths or drum machines.

The Matrix module allows to control pretty much anything you'd want in Live. Clip launching, recording, mixing, editing. You can access all track parameters, the crossfader, all transport controls in Live as well as a full-blown clip editing view. You can even browse the devices and their parameters on each track, which also works well with plug-ins. The individual views for all the controls can be shown, hidden or maximised to show exactly what you need at any given time.

The MIDI Pads module comes with an arpeggiator with tempo sync, a chorder with 25 pre-programmed chords and octave selection. It also displays the names on the drum pads in Live mode. 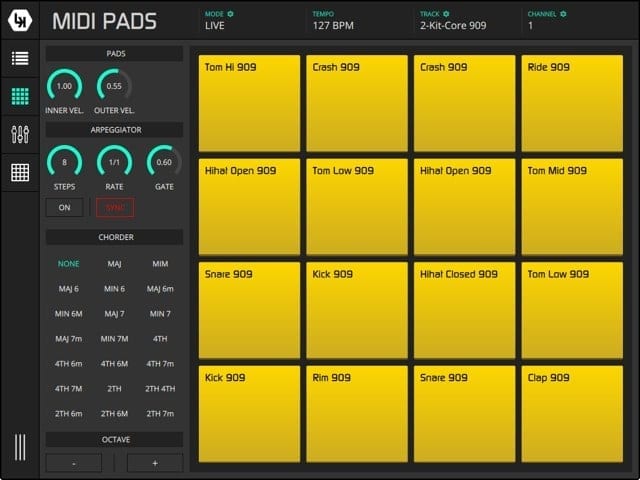 The MIDI Controller module offers 8 columns of controls across 4 banks. Each column features a knob, a toggle button, a fader and a pad. 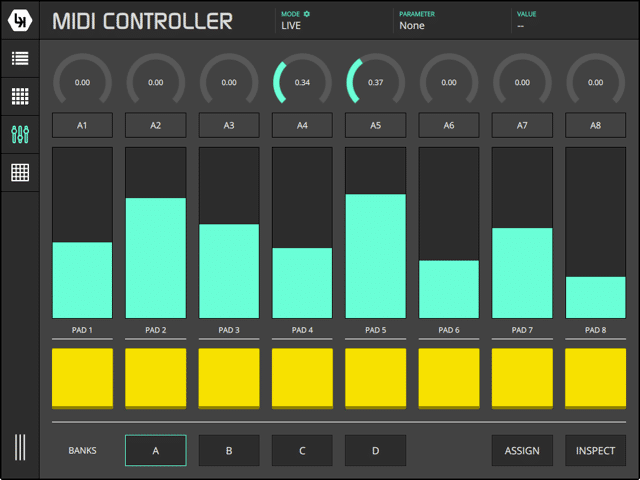 The X/Y Pad module offers 4 banks with three axis: X, Y, Z. It additionally features an LFO with four waveforms as well as an ASR envelope generator on the Z axis. You can quickly MIDI learn the parameters for the axis with only a few clicks, but so far those MIDI mappings can't be saved, yet. 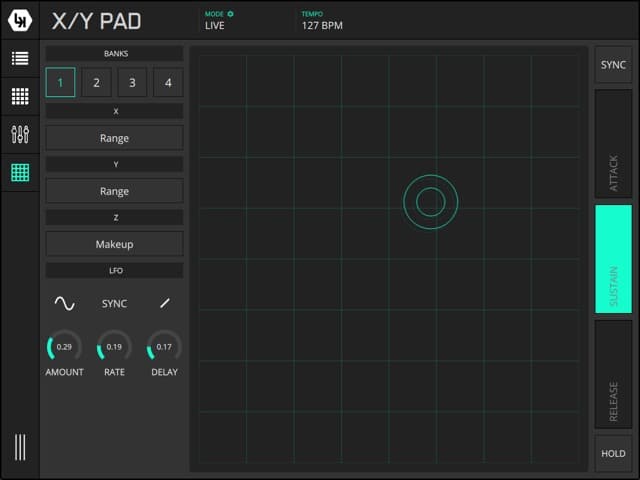 The interface design is great as it's kept minimal and is well laid out which makes it very intuitive and efficient to use. LK has made quite a leap forward as a dedicated controller for Ableton Live with an abundance of useful features whether you want to use it in the studio or on stage.

The MIDI mode takes it beyond Ableton Live, allowing the control of any MIDI capable gear. This and the added USB wired connection are some really great features that might just make LK the perfect choice as an iOS and Android app controller. You're not just limited to use with Live and USB wiring guarantees a stable connection at all times.

More information on LK can be found on the Imaginando website.