The latest update of Ableton Live 9 was released yesterday. Besides the usual bug fixes and improvements, it also adds a new feature, new control surfaces and a new skin.

EDIT: Ableton have removed the update again for now to make some final changes. It should be up again next week.

Improvements and feature changes in Live 9.0.3: 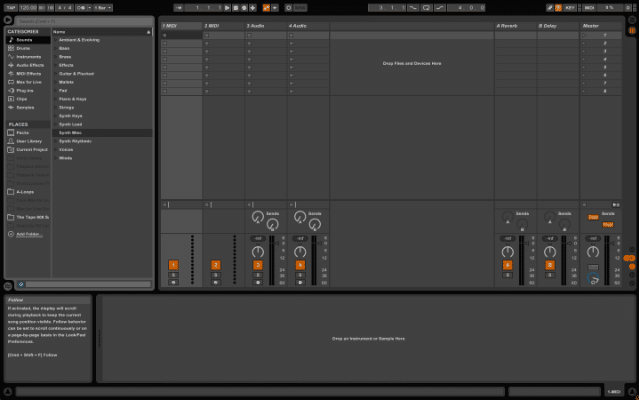 As long as you have the automatic updates turned on under Preferences > Licenses/Maintenance, the update will be downloaded when Live is started. The previous version will keep running until Live is quit. The updated version will be launched automatically the next time Live is started. Otherwise you can get the latest version in your user account.

I like the new skin and so far prefer it to the default (although I tend to use my own). What do you think of it?