Your Track Imagined as a Story or Character

This music production tip is going to be a bit different from what you'd expect. This is less about how to make something sound good, but more about looking at a piece of music from a different perspective. And using this newfound perspective constructively to take your productions further.

I studied media design and during this time I also took courses on film production and screen writing. I've learned a lot of valuable lessons in those courses that can be employed in music production just as well. These writing devices can be very helpful in times where you're stuck. 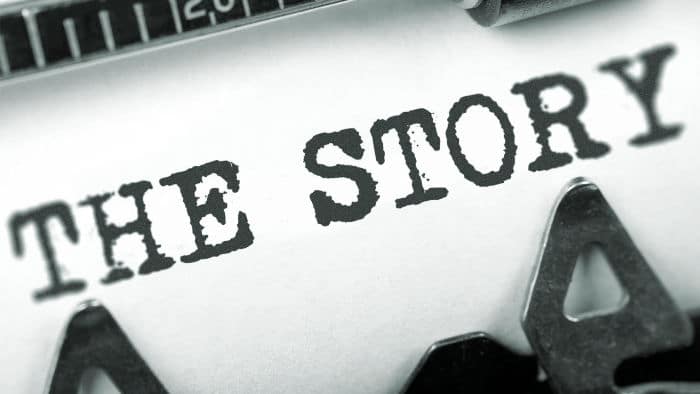 When writing a screenplay or a novel, the first step (unless you're Michael Ende who wrote sentence by sentence without a plan) is generally to write out the full storyline, the so called plot outline, the details to be filled in later. Each story has a beginning, where conflict of some sort is introduced, which the protagonist(s) will try to dissolve taking us to the middle and subsequently the end.

In screen writing you also learn to flesh out characters by giving them a full biography, a life story. This background information helps to determine the way a character will act or react in different situations so they appear lifelike and not like cardboard cutouts. Once you've got a backstory of your protagonist, you can start to create the character arc. This is the rocky path of personal growth and development a character undergoes in a story, usually unwillingly.

So how can these writing techniques help in music production, you might wonder?

I tend to write songs with lyrics, so they already have a story and character built in. Then one day I needed to write a modern classical piece with no conditions. All the possibilities in the world, and I had no idea where to begin. In the end I decided that I needed some sort of story that I would then try to convey with music. So I wrote an instrumental about a jellyfish drifting alone in the ocean, moved softly by the waves, drifting by a swarm of glittering fish, the wind picking up a bit and finally meeting some more jellyfish.

This was the result:

If you don't know how to begin, sketching out a character can help you determine the tempo and mood of the track and what kind of sounds to work with. What's your protagonist like? Shy or brazen, an optimist or a pessimist, hectic or more the quiet type etc. Once you've got a set of adjectives that describe the character, you can now try to translate this into music.

When you already have some musical ideas and now it's time to create an enticing arrangement out of them, imagining your track as a story often is more useful. The narrative structure of novels and screenplays are divided into either three parts (Set-up, Confrontation, Resolution) or five parts (Exposition, Rising Action, Climax, Falling Action, Resolution).

Not all that different from song structure, is it? Just imagine a story line a character - your song - has to go through. Then arrange the different parts in line with what is happening. This often also helps to keep the song interesting and dynamic.