Verbotron by Max for Cats, a great free Max for Live reverb, got overhauled. Version 1.1 now features Push mappings and a redesigned interface which features a handy visual representation of the reverb parameters. It uses the original Gigaverb algorithm by Juhana Sadeharju which is also known as "Gverb" in Audacity.

Verbotron requires Live 9 and Max for Live 7 and comes in a self-installing Live Pack that contains 9 presets. 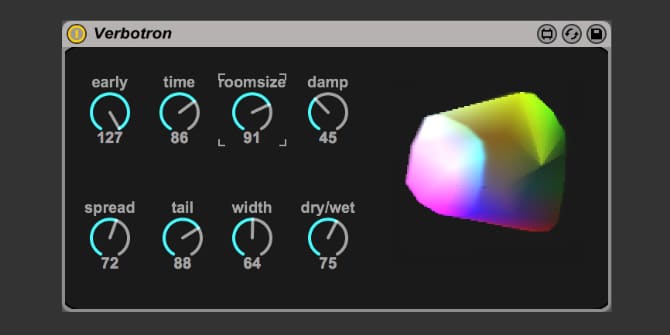