While it may sound contradictory, limiting yourself when producing music can give you the creative freedom you need. How? Here are three tips to illustrate how restricting your choices can be very productive. 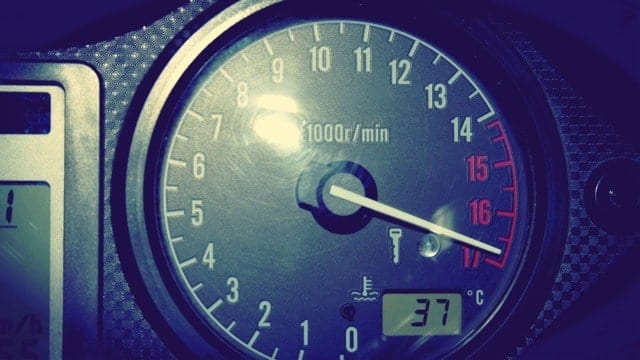 Are You Building a Tool Kit or Collecting?

More than ten years ago, a friend gave me some burned CDs with lots of cracked music software (I was young and poor). I spent the next two weeks installing everything and checking out all the apps. The most noticable thing that happened was that I didn't make any music at all. After two weeks I felt frustrated and uninstalled everything again, but I'd learned a very valuable lesson. Don't get too much new gear or software all at once and take the time to really get to know them. Otherwise you'll end up skipping them for things you are more familiar with and they will just collect dust.

These days, both software and hardware to make music with are quite affordable. I know a lot of producers who keep buying more and more plug-ins, sound packs or synths. Have you ever spent an entire evening just looking for the right bass sound and got nothing done in the end? This is what happens when you've got too much choice. So think twice, if a new piece of equipment will broaden your toolkit or if it's just another toy to have. And if you've already amassed lots of plug-ins or packs, maybe it's time for a little spring cleaning. Have a look at what you actually use and what stays untouched.

This doesn't just go for gear. You can set parameters for the song or track you want to create. What instruments, what key, time signature and tempo and so on. Removing all other choices can be freeing as now you can concentrate on the myriads of things that will still require a decision in your production.

One producer who's taking this to the max is Matthew Herbert with his P.C.C.O.M. manifesto.

I like challenging myself, so I generally start by setting limits. Like only using sounds of things mentioned in my lyrics or any noise associated with it for the beat. So a song about having a hard time waking up from a dream got everyday morning sounds for the rhythm, brushing of teeth, espresso made on the stove, zippers etc. For another song I decided that everything needed to be based on the play with polyrhythms and polymetrics. I finished it very quickly and am very happy with the result. It turned out to be a rather mesmerising song.

This is also a good way to start expanding your skill set. You want to learn about a particular technique? Write a song or track around it. Learning by doing.

This is the song with the morning field recording beats. Can you tell what all of the sounds are?

In the old days, before music technology became affordable, there was no time to dillydally. A day in a studio was too pricey for most to waste any time. Nowadays a lot of us have home studios. So once we've covered the rent, there is no extra cost which often makes us too perfectionist, fiddle too much with details and at times even take out all the life of the song or track by overworking it.

One way I found to counter this tendency is to resample the parts I've finished to stick with decisions I've made. Of course, I'll save the Live Set as a new version beforehand, but just knowing that I'd have to open an older file to make changes prevents me from doing so unless there's really something that clashes with the intention of the music later on.

We also no longer record onto tape and disk space is getting cheaper and cheaper. So we can record endless takes. But have you ever noticed that quite often the first takes are the best? So try to limit the amount of takes. Three to five often suffices. And if none is right in the end, you can still record more later.

If you have someone else to play or sing a part, do a test run with them, but secretly record it. Odds are, this might turn out to be the best take as they don't feel the pressure yet.

So commit to your musical decisions. Dare to keep minor flaws and irregularities. Your music will sound more alive if it's not all perfectly quantised and phrased anyway.